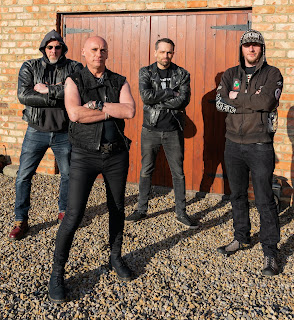 In 1981-82 a local punk-new wave band Forward Childhood split up. Keith Barnard (Barney) wanted the band to stick with punk sound, but the other members wanted to move on. So together with Colin Wiltshire on guitar and Barny on bass and vocals they recruited Ian Dickens to play drums ‘Snide Remarks’ was born.
The band were together for a couple of months when they played their first gig at Stockton's Y.M.C.A.. The band went off to do several gigs and a 4 track demo at Bull's-eye Studio .The demo was played on local Radio Tees over a few nights which included the track Ugly which became underground cult musical history on Teesside having had a track with The F. word played on main stream radio was taboo in 1982 not even The Sex Pistols had managed to do it a few years previous. Not long after this the band had their indifferences and split up
Ten years later Barny met up with new hopeful Andy Bain who took up learning the bass and together they came up with some new cracking tunes. The two of them decided to create a new revamped Snide Remarks. Barry Walker who had a brief spell in Snide in 82 and friend of Keith was brought in and helped out on vocals but couldn't commit himself to join the band permanently (watch this space). Andrew Vernel came in as drummer, and John Gibbs joined as vocalist previously with Emergency Purge.
Snide Remarks did numerous local gigs around Teesside and North Yorkshire in 1992-1995 and supported the likes of The Toy Dolls Anti Pasti and The King Crabs. (Jimmy Nails punk band who made his name acting shortly after in TV shows Auf Wiedersehen Pet, Spender, and had the 1992 number one hit single, "Ain't No Doubt"). Things were tough at first and a few rough demos at Studio 64 in Middlesbrough were recorded changes were made and sadly certain members fell out as friends, the band split, Snide was put to rest.
Barny and Andy got back together to talk about the good old days and what if the band had continued, how far could they have taken it? This inspired them to have another go at it in late 2007
Snide Remarks put out a plea for a new singer and Robert Thompson replied and took over as vocalist 2008 and drummer Ritchie idle previous band Punch was enrolled ,The band went into Cut'n'Sussed studio in Durham and created an unreleased demo cd that represented Snide Remarks at this point! Shortly after Andy left the band and was replaced by Nigel Craig
Rob had a career change in 2008 which forced him to put the band on hold. Barny asked once again old friend Barry Walker to help on vocals temporarily whilst Rob sorted his career out. Band members decided Baz was a better man for the job and he was asked to stay permanent Baz free from commitments this time agreed to stay, and Barney finally got his first-choice frontman on board but shortly after the band imploded. After several talks and auditions with many  time wasting drummers Snide Remarks finally came across (Spider) Dave Martin in 2009 through local guitarist Andy Wilson from original punk band No Way which had  supported The Undertones in 1977 at Newcastle city hall, Spider was an old school punk drummer who's been in many bands including Teesside band The Lice.
Nigel Craig returned and helped for 6 month and did numerous gigs before standing down as he was finding it too much playing in 2 bands as gigs were a plenty. The band was advised a bassist Dave Heard formerly with Mod Band Jarvis Humby which had supported Brit Pop Band Badly Drawn Boy in New York was available and after he saw us decided to join the band in early 2011.
Then just before recording was planned 2011 Dave was relocated by his employer to Aberdeen and the saga of a new bass player started again. Dave returned to join Teesside Mod band King Mojo in 2015.
After several unsuccessful auditions, the band was advised Steve Hoggart bassist with The Amazing Space Frogs and Ardcore, was available and he was approached, and he immediately agreed to take up the position in June 2011. Steve a professional musician had experience with touring bands and with a combination of ‘local musical politics’ and Steve’s experience and contacts Snide Remarks decided to start booking shows around the UK and host their own shows locally with the likes of 999,Vice Squad , The Members ,Sham 69, XSLF etc. In May 2012 the band celebrated 30 years by making a live In the Studio album (30 Years of Ugly) celebrating the anniversary of the track Ugly released by Nil by Mouth Records. It was decided to bring in a rhythm guitarist in 2013 to project the overall sound and Paul Tattersall from The Amazing Space Frogs was keen to take up the challenge as the band was getting a reputation for live performances and he joined the band permanent. The band raised the bar during 2013/14 including playing The Hillsborough Campaign /Truth and Justice in Sheffield and at Whitby Goth Festival and The Star and Garter Mancheester.In August 2014 the band finally returned to the studio and recorded the long overdue album Reserekted (Released May 2015 by Nil By Mouth Records) after the completion of recording Steve Hoggart and Paul Tattersall decided to leave the band and concentrate on new projects.

Replacing Paul was George Martin Spiders son and Nigel Craig returned on bass for the third time completing the new 2014 line up. Due to work commitments George departed in August 2015 and Nigel departed November 2015 as the gigs diary was too demanding and wanted to concentrate on his own new metal project.Steve Hoggart Returned to fill in until a replacement was  found.
Then in April 2016 we were approached by Kev Watson from hard-core punk bands My Rules and Bastard Face from Durham Kev played many a gig thru-out 2016 including The Great Alternative Festival Skegness. Just as Recording was about to commence in Feb.2017 for a new album yet again it had to be cancelled due to work commitments this time Kev Watson who departed shortly after and joined Loaded 44 and more recently Tribute act The Skapones .
Steve Hoggart again returned to help now playing in Durham punk band The Relitics and we decided we would start recording the new album at Steve’s studio Nil by Mouth. In June 2017 we were advised by Steve that bassist Martin Thirlwell formerly with  Punksters Nothing Waits from Teesside was interested in joining and he highly recommended him. Mav agreed to take up the bass position immediately just as recording commenced Steve moved a side and let Mav take over.
In July 2018 just as recording was completed for the album now titled ‘Life Is Hell’ we had the shocking and devastating news that Barny had passed away suddenly.
This left the band with the decision if we continued or not after great debate we concluded Barny founder member would have wanted us to continue and to get the album released.
After using stand in drummers through 2017-and 2018 due to Spiders work commitments we regrettably came to the mutual decision in the shake up to release him after 10 years.
Shortly after Spiders Departure we were advised drummer Tommy Heaney was available previously with Loaded 44 and Dogsflesh and stand in for Punk Band The Lurkers. Tommy was asked to join the band which he accepted July 2018. Steve Hoggart yet again came to the bands aid to play lead guitar this time until a source could be found and played Liquid Rooms Edinburgh 25th August 2018 our first official gig without Barney on the last night of the Edinburgh Fringe. In Oct 2018 we were advised through fans a local guitarist who recently had come back to the area Mark Fallais formerly with The Flower Drum People in the 80s and more recently Johnny Seven from Teesside  was available and had seen the band and liked what we did. So we auditioned and immediately decided he was our man as he was in a similar style to Barney. Steve Hoggart stood down in December 2018 after several shows. Steve went on to form metal band Abaddon with Tony Bray drummer from Venom.
The album ‘Life is Hell’ was finally completed and co-produced by Baz and Steve in April 2019 and officially released July 2019.
The next chapter will be difficult without Barney but we are determined to move forward as he    would have wished. With the addition of two new members Tommy Heaney and Mark Fallais in 2018 , without compromising who we are and bringing the energy and enthusiasm and the stripped down back to basics approach . There are already new songs in the pipeline which may take the band in a slightly different direction, but will maintain the classic sound with an updated approach.
Then as things were becoming settled  Covid Lockdown  hit us and after a 6 month without gigs or rehearsals  in July 2020 Tommy made the decision he wanted to spend more time with his family and concentrate on his career so Dave Martin (Spider) returned to the fold for his second time as Snides drummer after a 2 years break.
Also in the Autumn of 2020 we were approached by Bri Anthony (Kid Chaos) from County Durham  to play second guitarist.
He plays in local  band The Floral Detectives from Darlington. We agreed  after a short audition  for him to join in November 2020. Kid Chaos comes from a interview Captain Sensible and I were doing after doing Solent Radio says Bri after doing the isle of wight festival.They asked who I was and Capt. said 'him' he's a real kid chaos.Then it stuck from then on he has played in many bands and  previously stood in for The Damned , Captain, Flowers for Romance

BE PREPARED FOR DECIBELS (you won't need your hearing aids) 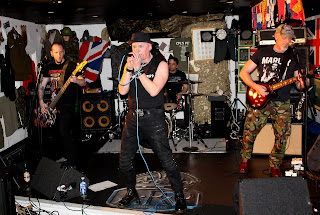 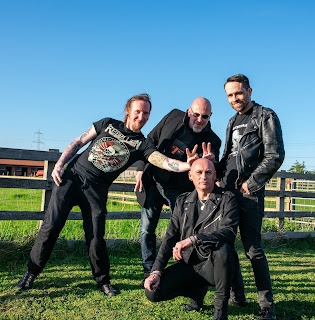 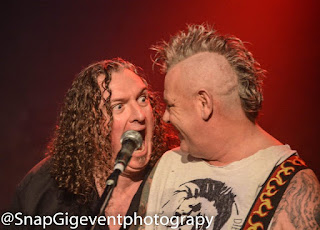 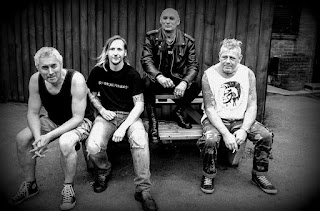 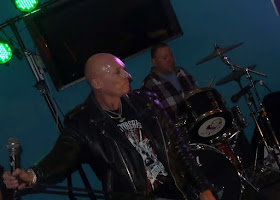 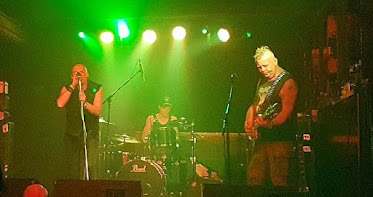 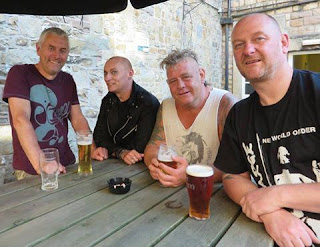 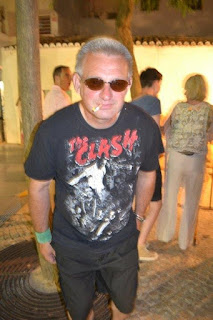 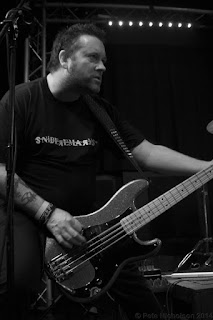 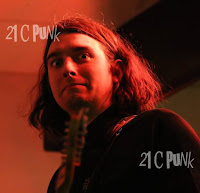 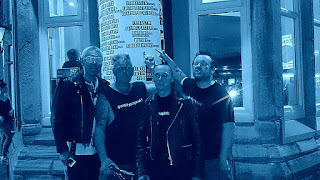 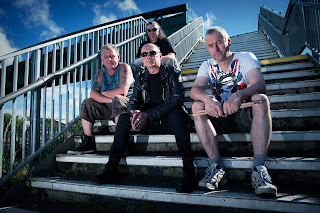 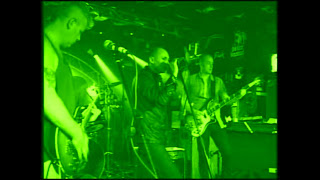 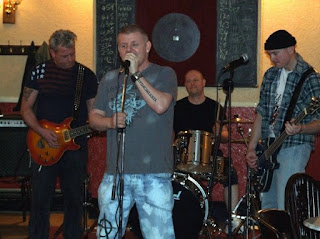 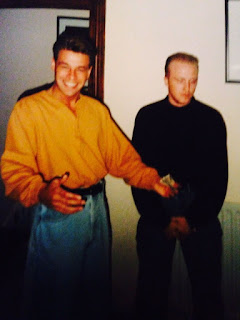 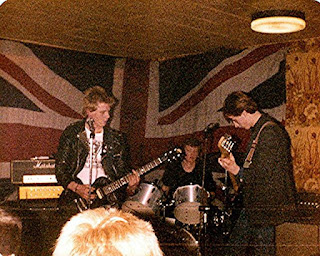 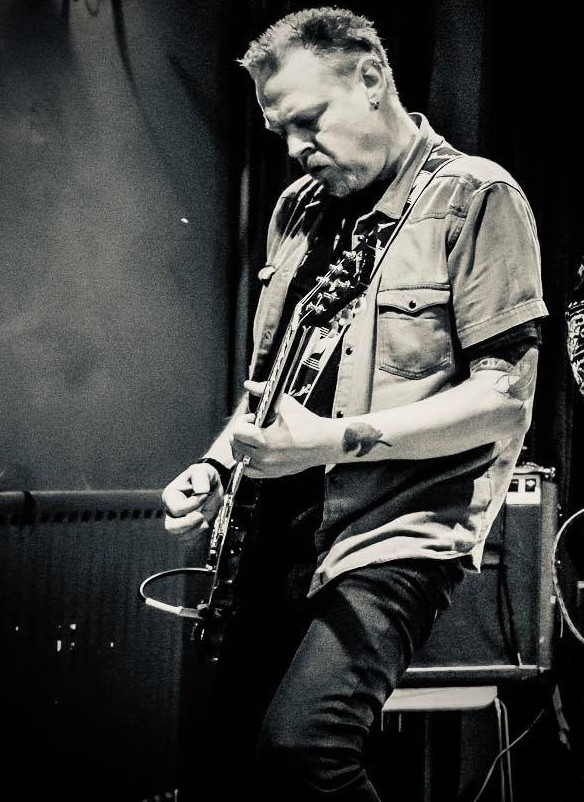 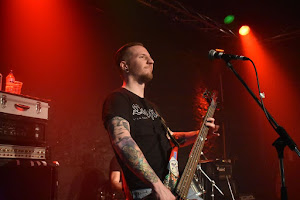 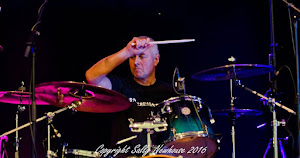 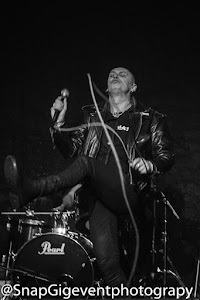 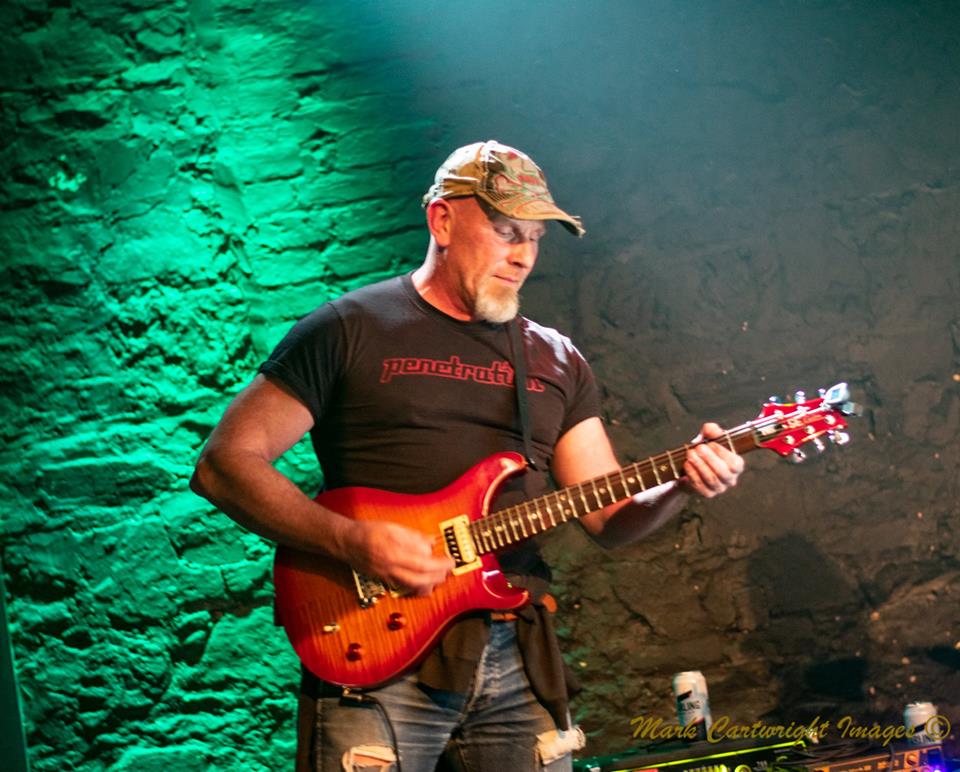